by Stole Trishanski
MyUnfinishedHome participates in several affiliate programs. If you click links on our website and make a purchase, we may earn a commision. Learn More

When it comes to working with power tools, there is almost one unique tool for every type of job out there. Because of this, it’s important to know what you’re looking for before heading out and purchasing one or two. These days most consumer power tools are getting more and more affordable, so it won’t cost you a fortune to get a variety of them for a good price.

This article will focus on explaining the differences between two of the most popular power tools in the world, hammer drill vs impact driver. We will compare the most important features of these tools and finally determine which one will best suit your work. 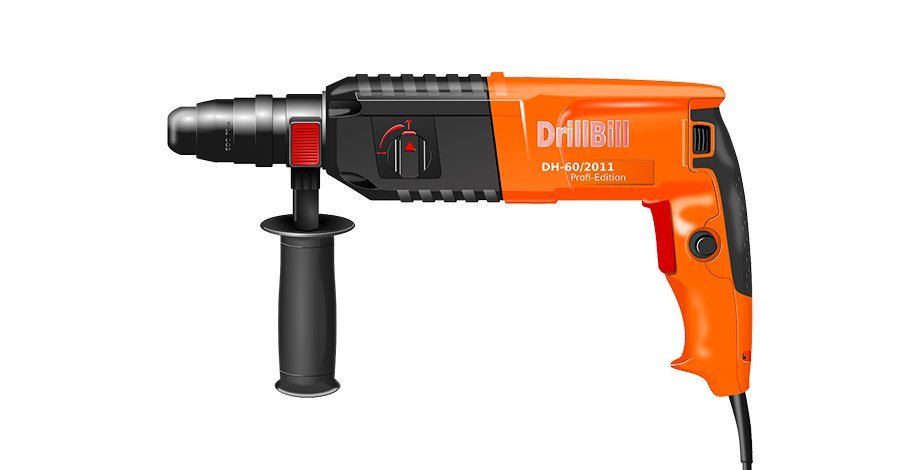 The hammer drill is a highly valuable tool in professional work as well as home improvement and personal construction projects. It’s irreplaceable in terms of the tasks it’s designed to perform.

The hammer drill is almost always bigger than an impact driver, has a lot more power, and is designed for much more heavy-duty tasks. The most common contractor hammer drills come at around 40 to 60 volts, while the ones for homeowners and hobbyists are around 20V but still powerful enough to drill for a while.

How Does a Hammer Drill Function?

The number one use for hammer drills is drilling holes. However, they aren’t the same as normal drills that are most commonly intended for drilling precise holes in wood. Hammer drills are much more powerful and are designed to drill through much harder materials. They also don’t work the same as normal drills, as their mechanism is a bit different.

The rotating part of the motor is the same as normal drills but hammer drills have another feature that makes them unique. This is known as a cam-action or percussion hammering mechanism. It’s what gives this drill the name. The way this works is by including two gears with teeth that mechanically interact with each other simultaneously with the rotating motor.

What Is a Hammer Drill Used For?

As I mentioned, the best hammer drills are used for heavy-duty tasks. A few of the most common examples include drilling holes in hard materials like concrete, masonry, and stone for anchor bolts, wall plugs, concrete screws, and similar. Even though they are almost always preferred for heavy-duty tasks, these drills can be used as regular drills for drilling through wood as well.

Most hammer drills will come with a switch that turns off the hammering mechanism and just leaves the motor to rotate the bit. This is the feature that allows them to be used as regular drills and not only as hammer drills. This goes to show that the hammer drill is one of the most versatile, powerful, and handy power tools that anyone can own.

Pros and Cons of Hammer Drills

Like any tool out there, hammer drills have their strengths and weaknesses. This doesn’t have to be an issue as long as the tool gets the job done. Here is where hammer drills are best and worst at:

Impact drivers are considered among the most valuable tools for woodworkers and many others as well. This tool makes driving fasteners a piece of cake. Even though they may sound similar and look slightly alike, impact drivers and hammer drills are nothing alike except for their feature to drill holes.

The impact driver is smaller than a hammer drill, less powerful, and is intended for an entirely different task. But, all of these aren’t cons, as this tool was intended for different use and if I may say so myself, they definitely thrive in their field.

How Does an Impact Driver Function?

In the past, there were manual impact drivers, which delivered a strong rotational force to a bit or fastener once struck with a hammer. Today, the electric cordless impact driver is changing the game. They may appear similar to drills, but impact drivers are much more complex.

They have sensors and sensitivity features that prevent them from drilling with constant speeds as a normal drill would. This is probably the most significant difference when it comes to impact drivers vs drills. Because of this, the impact driver can hold its own with stubborn screws and fasteners that won’t budge as easily. Instead of slipping or camming out, the impact driver will make sure to adjust the speed so that the fastener goes in safely.

What Is an Impact Driver Used For?

The main purpose of an impact driver is to drive fasteners into wood or similar materials. They make the job 10 times easier than doing it with a regular screwdriver. This tool can also be used to drill holes in softer materials, as they can accept certain types of drill bits as well.

Even though they can, a drill will do a much better job at drilling holes due to their constant speeds. In any case, the best impact drivers can be used for such a task but their primary purpose is safely and easily driving all sorts of fasteners.

Pros and Cons of Impact Drivers

Impact drivers also have their strengths and weaknesses. This doesn’t have to be an issue as long as the tool gets the job done. Here is where impact drivers are best and worst at:

The hammer drill and the impact driver are two very different tools even though they may appear to function the same. Hammer drills are used for drilling holes in concrete, stone, masonry, and similar. Impact drivers, on the other hand, are used to quickly drive and remove fasteners. Both are great in their own fields, and now you know the essentials of both tools, allowing you to choose more accordingly.

Stole likes writing and DIY. Being raised by a single mother, he was forced to adapt and discover his way around the house by himself. He brings his life experiences to you in hopes of sharing his knowledge with everyone who needs it.

People who are into carpentry or simply enjoy DIY projects should always own a miter saw to cut sharp cuts in the materials they are working with properly. To do a high-quality job, you need to be equipped in the best way possible. It doesn’t matter if you are a professional or an amateur. Using […]

Much like every single power tool for woodworking out there, the table saw can save a significant amount of time and effort if used properly. However, if you thought that you could cut everything with just one type of table saw blade, then you’re sadly mistaken. But don’t worry, you are about to discover the […]