by MyUnfinishedHome Staff
MyUnfinishedHome participates in several affiliate programs. If you click links on our website and make a purchase, we may earn a commision. Learn More

People who are into carpentry or simply enjoy DIY projects should always own a miter saw to cut sharp cuts in the materials they are working with properly. To do a high-quality job, you need to be equipped in the best way possible. It doesn’t matter if you are a professional or an amateur. Using machines that provide you precision and safety will give you optimal results.

Dewalt’s mission is to create versatile woodworking machines that increase productivity, making them a great brand for quality as well as one of the most reliable tools. Including their miter saws that are also a part of these quality and reliable tools.

However, when searching for the best miter saws, you might ask yourself, Dewalt 780 vs. 779, which one is better? So, in today’s article we are going to try to make your decision easier, keep reading to find out. 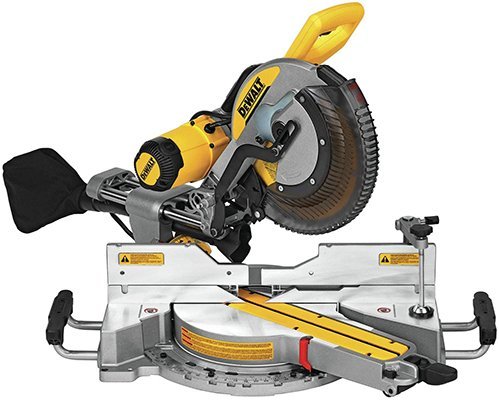 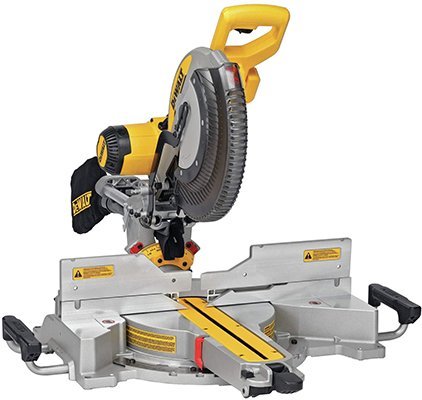 When comparing the Dewalt miter saw 779 vs. 780 you’ll find out that these are both fantastic tools that will do their job perfectly. They are pretty similar at first glance. They share almost identical features in the engine system and have some small differences in the blade system. However, their main difference would be that the DWS 780 features a more sophisticated laser guide system, the XPS system, and of course, they come in at a different price range. To decide which one you want to get, you need to consider the four major aspects, which are the engines, the laser system, the blades, and the price. So, let’s discuss them more in-depth.

The engine is the most important feature in any miter saw because it is the key to the tool’s whole performance.

The Dewalt DWS780 Double Bevel Sliding Compound Miter Saw 12-inch and the Dewalt DWS779 12-inch Sliding Compound Mitter Saw feature a 15amp motor. This kind of engine will provide you with amazing power in a durable way. It is mounted on the shaft that spins the disk, and it provides the torque power needed to move the circular saw, with the blades spinning at a speed of 3800 RPM. That speed provides you with a clean and quick cut, which is the most important thing when using a miter saw with pretty much every material. This engine’s impulse allows you to make clean cuts in only one movement, without any problems even with the thickest materials, which puts both of these tools among the best miter saws on the market.

Since the same engine is used in both amazing miter saws, there are no major differences between the Dewalt 780 vs. 779. Both of these tools will provide you with the same reliable motor and the same capacity for overall performance.

Both the Dewalt 779 vs. 780 use stainless steel miter plates that have 12-inch blades. They weigh around 60 lbs. Overall, there are not many differences in the blade either, just one feature that needs to be taken into account. The DWS779 comes only with a steel blade. On the other hand, the DWS780 includes a carbide blade which falls in the category of the best miter saw blades. This blade is made in tungsten carbide, which is a chemical compound that contains carbon and tungsten. This kind of material is denser than many other metals and materials, and it is mostly known for its durability and versatility. The tungsten carbide makes this blade resistant to higher temperatures and abrasion, so you shouldn’t worry about the friction during the cutting process, even when using the motor at its max speed. Also, these blades don’t require special maintenance. They stay sharp through time and bending them is nearly impossible.

The major difference between the Dewalt Miter saw 779 vs. 780 is in the guide system. The DWS 779 uses the usual but still reliable laser guide system, and on the other hand, the DWS 780 has the XPS system that features a bright LED light that shines along the blade. This system casts a shadow that follows the blade’s movement. Also, the XPS system cut crosses the positioning and alignment system, making a trace line that doesn’t require any additional adjustments.

The XPS is one of the most positive features because it has the advantage of keeping the alignment precise, and with the added LED light, you will always have the perfect alignment, while the laser guide from the DWS 779 is more prone to moving out of alignment over some time.

Although the light in your working environment can affect this process, when working in bright light, you may affect the LED effect, and that can make the shadow less visible. However, in normal circumstances, this feature will work perfectly.

That huge price gap relies on the XPS system. Both of these tools are basically the same, and the only thing to consider would be the laser guide system. If you are a professional, it may be important to have a sophisticated system, but if you are an amateur, you can get the job done with the more traditional one. However, the alignment process can be the trickiest part when cutting materials with a miter saw, and an advanced guide system can make the job way easier. So, if you don’t mind spending more money, you won’t regret it if you invest in the DWS780, but If you are on a budget, then the DWS779 won’t disappoint you either.

Both of these tools come with two “bonus” features, and those are the quite solid dust collection system and the exclusive back fence. The exclusive back fence can cut up to 2 by 12-dimensional lumber at 45 degrees and 2 by 16 at 90 degrees. The capacity to cut those angles in those dimensions is very useful to every user. As for the dust collection system, it will keep your working space cleaner and protect your skin, eyes, nose, and mouth at the same time. It collects over 75 percent of the dust in the process of cutting any kind of material.

Overall, both the Dewalt 779 vs. 780 are built using high-quality materials. They both have amazing features, such as the capacity of many alternate positions and a circular saw that can perform defined and sharp angle cuts.

When it comes to versatility, the DWS 779 is good, but the DWS 780 is perfect when you need to perform a heavy-duty project in a short period of time, where precision is critical. And in terms of durability, both of these tools will last you for a long time. Considering that both of them are very similar, it all comes down to the price for most people. With the DWS 780, you pay those extra $200 for an extremely useful feature. However, the final choice is yours, based on the type of work you want to do, your needs, and of course, your budget.

We are a team of enthusiasts thriving to provide you with helpful advice on buying everything you may ever need to finish your home and make it a lovely place.

Porter-Cable vs. Black and Decker

How to Cut Thick Wood With a Circular Saw

When it comes to cutting thick wood, the go-to tool is the circular saw. The circular saw is a powerful tool with a toothed blade that is able to cut through many materials, such as concrete, masonry, metal, and wood. There are many different types of circular saws made from different materials, and they can […]